One of my former colleagues, Rob Marianski, and I used to have a running joke — we would be building and debugging something, and he’d finally say, “Oh, so you just want me to set just_work = true?”.  That was over 10 years ago, but it still gets me every time for some reason.  (as an aside, I have always thought justworkequalstrue.com would make a great blog name, and actually bought the domain for Rob a few years back — still waiting for that first post, Rob…).

But the idea of things “just working”, automatically, and without friction, is magical and exciting.

I mention it because of where we are today in the crypto/blockchain space.  99% of the attention recently has been on ICO hype and the financial use cases of crypto (fundraising, trading, payments, tokenized assets, etc) — but I believe we are about to turn the corner and get a taste of what kinds of new online user experiences will become possible because of this technology.  This is where it’s going to get fun.

just_work = true will be the foundational element of this experience.  Here is what I mean, by way of a few examples:

1) Browsers with identity and money built-in:  the browsing experience will be directly tied to identity and payments, and any app will be able to natively, frictionlessly, tap into both.  Users of Toshi, or Brave, or Metamask, or Blockstack are already getting a taste of it.  Because all cryptonetworks are built around public key cryptography, and the private key is both your identity and your wallet, when you have a public/private keypair built into the browser, you can do lots of things — be “logged in” everywhere, control & provision your own data, make seamless and flexible payments and payment arrangements (e.g., subscriptions).  Imagine the entire web working as seamlessly as Amazon and Apple do today.  As you surf the web, there will be less logging in, fewer passwords to remember, fewer forms to fill out — it will just work.

2) Portable digital assets: I wrote about this previously, but the interoperability of blockchain-based digital assets is going to be a big thing.  Because assets on blockchains are public, open and available, they can exist across many websites and applications.  The suit of armor you build in world of warcraft could be used as collateral for getting a blockchain-based mortgage — maybe that’s a ridiculous example, but the idea is that these assets are open, interoperable, and natively portable — which means things will “just work”, across the web, in ways that aren’t possible today.

3) Automatic dev / deploy environments: my colleague Albert described a story recently where his son participated in a Solidity hackathon — the time from setup to deploy was vanishingly short, since all of the deployment infrastructure is part of the open Ethereum network.   No need to set up accounts at amazon, heroku, stripe, etc to get started — just write a contract, buy some ether for gas, and publish it, and you’re online.  We’ve never had a development / deployment environment this drop dead simple, and as blockchain dev tools mature further, it will get even easier.

I mention all of the above just as a thought exercise.  It is easy for folks in this space to focus on issues like privacy and “freedom” — and while these things do matter to some users (especially technically-minded power users), I don’t believe this technology will unlock mainstream opportunity until we begin to surface the magical capabilities that make everyday users feel like “wow, it just works”.

Keeping it simple
Ritual and Tradition 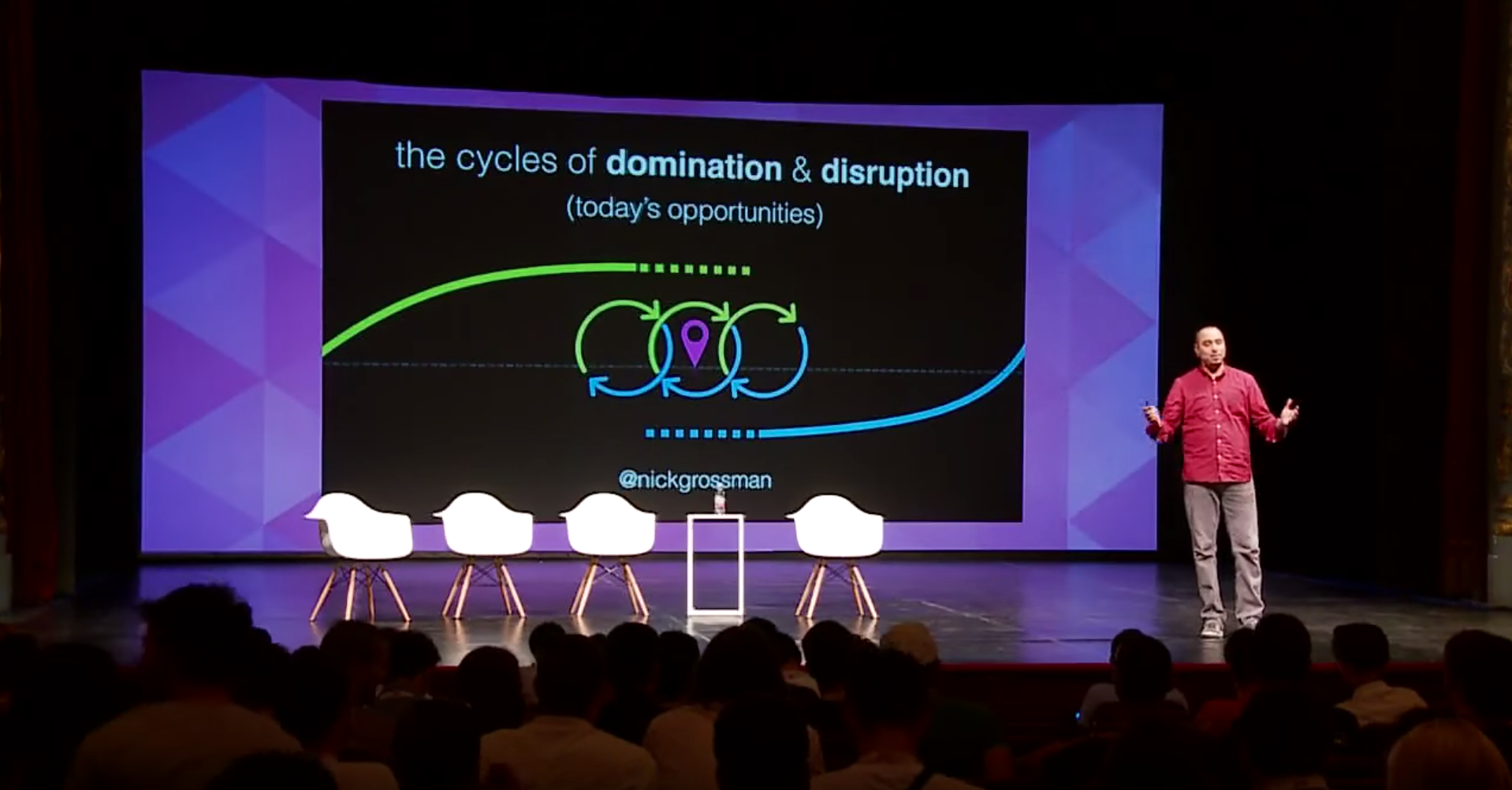 Shift Conference Croatia: The Cycles of Domination and Disruption

I like the point you make about being logged in everywhere, having an encrypted key/tool that is identity-proof in a sense. I had a conversation late last year with one of the founders at Persona.io, a company who is providing this kind of service via I believe similar to a Google Chrome plug-in, and I think they could stand to benefit from this type of login security. They had a good thesis and from my view, a good go-to market approach. From a consumer side, two-factor authentication takes a “long time,” and I feel that I have to log in to almost every website I visit nowadays.

Writing from a perspective of someone in their early 20s, even I notice a difference with the amount of logins I have to go through compared to just a few years ago in high school, where it was mostly email and for school websites. Now nearly every business wants to asses their audience and, whether necessary or not, has a desire to form some sort of an online community, both actions which can only grow with IoT growth. This provides reasoning for a need for login authentication past two-factor.

Haha, apparently there was a tweet doing the rounds asking engineers to describe what we do: