I was out last night with some of the little league coach dads, and we got to talking about whether it’s better for our kids to be bumped up a level (but be at the lower end of skills/experience) or stay back a level and have a chance to really excel.  The consensus was that you want the kids to stretch, and learn from people who are better than them, but not to take it so far that they feel demoralized and tiny.

It got me thinking back to the time in first grade where I got bumped up to the higher math group, but then couldn’t hack it and got bumped back down.  I can still see the workbook where I doodled all over the pages because it was easier to do that than to engage in the work.

And then I thought about the time I took intro to computer science my freshman year at Stanford (never having done any coding before) and feeling so left behind by the rockstar kids in the class, who seemed as though they’d been coding since they were six. I dropped the class.  That one really stuck with me — I really enjoyed coding, but didn’t stick with it (at that moment in time — I came back to it later). But for years, I regretted not giving it a better shot.

Then, 5-1/2 years ago, I was out to lunch with Brad Burnham from USV, intending to pitch him on funding one of our spin-out projects at OpenPlans, and he asked if I wanted to come and do some work with them.  The area of work that Brad wanted to focus on at that time (tech policy) was something I had touched on during my time at OpenPlans, but I was by no means an expert.  And stepping up into a big name VC firm was exciting but intimidating.

I remember going home and weighing a bunch of options — at that time, things were changing at OpenPlans, and there was one opportunity there, another opportunity at another tech company, and then a very unformed (and kind of terrifying) opportunity with USV.  As I thought about all of that, I remember thinking that going in the USV direction was definitely the most interesting, but it would mean getting in way over my head.

I obviously decided to go that route, and it has been a steep and amazing learning curve ever since (starting with the policy work, then getting into everything we do at USV).  And I think I have learned a whole lot from people who have been doing this for decades.  I’m glad I made that decision — and more importantly that I stuck with it, even though there have been plenty of times when I doubted whether I could do it.

I think this is particularly relevant in the startup world, where things are changing constantly, and there’s plenty of opportunity to step up into bigger roles as things change.  My colleague Bethany wrote about this last week — how a startup is almost like a completely different organism every six months, with different holes to fill and different ways to contribute.  It can be scary.  I remember back at OpenPlans, when I went from managing a small product basically by myself, to inheriting a 20-person engineering team, and then 2 years later running a diverse division of the company.  The first time I had to decide someone’s salary I was like, oh shit, and the first time we did a restructuring, I was like really oh shit.

Going through all of this, the earlier failures that continue to haunt me (and believe me, there are others) have continued to serve a pretty good purpose: reminding me, when things get hard or intimidating, or when doubt creeps in, that I want to stand up though it and learn from the situation, rather than shrink from it.

I hope we can teach our boys (and girls) to do the same. 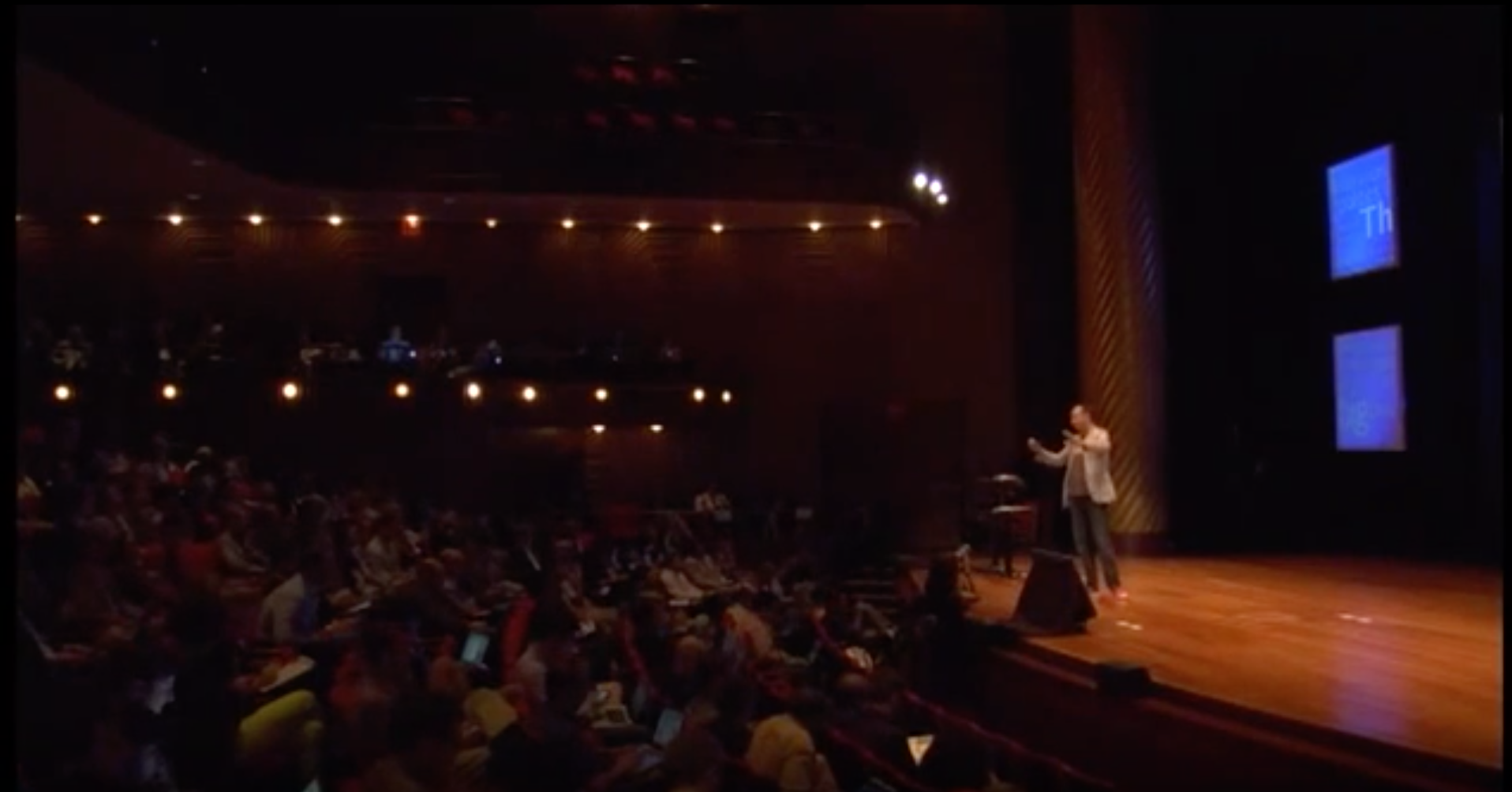 PDF NYC: Powered By Us: Architecting Policy for a Connected World
Prescient Markets

5 comments on “Getting in over your head”

Great read! Very true… although being the best around at something can help motivate you to keep trucking along, I’ve found that these aren’t the times when personal growth and new learning take place. I think it’s those who can master the art of preserving motivation when they’re being hit with roadblocks and challenges right and left that lead to the most amazing success stories. The long term leaders demonstrate the ability to re-tool, strategize, and problem solve their way out of things. Netflix became netflix because of a dying market and sharp re-design. Blockbuster was the prime example of a failure to react to the opposition with hard work and calculated risk-taking for necessary change. Bezos just touched on this, and I loved how he summed it up so concisely: constraint is necessary for the highest level of creativity. So yes, All-Star little league team it is!

maybe best to have a mix, overall, in life?

I think that’s definitely the smarter and safer approach. I can rationalize it both ways. On one hand you have to be an outlier to achieve an extreme outcome. On the other, the higher the wager, the greater the loss. Sometimes my ambivalence is frustrating but I think it’s necessary for balance. How can you find the center if you haven’t measured all sides? At least this is what I tell myself, learning one day at a time :-)

Great post, Nick. Thank you for writing it. I think we all need to become more comfortable with being uncomfortable, especially in a rapidly changing world, where it’s necessary to be lifelong learners.

thanks kunal. it’s super hard to do, I think. but rewarding when it works out.