That’s a pretty depressing and fatalistic post title, but I actually mean it in a positive and encouraging way.  Let me explain.

It’s easy to go about your life, every day, feeling like everyone else has their shit together and that the things you struggle with are unique to you.

But then, when you get down to it, it turns out that everyone — every single person I know — is dealing with profoundly difficult and stressful things.  Sometimes that’s money, sometimes it’s health, sometimes it’s work or family or relationships.

It’s worth remembering this so that we cultivate some empathy when dealing with people — in general and in particular in difficult situations.

For example, with all of the controversy and strife over police brutality and race relations in the US, it’s easy for both sides to look at the other and not understand.  My personal default stance on all of that is: of course police treat black males unfairly, and black people in the US are so structurally fucked over that it’s hard to really comprehend it.

I also have a police detective as a future brother-in-law, who sees it from a different perspective.  From his, and my sister-in-law’s point of view, he does something incredibly dangerous and scary, for the safety of all of us; and further, he’s a good person and so are his colleagues.  He also sent me this video (graphic) which grounds those sentiments in reality.  And of course, he’s right.

Or take congress.  It’s poisonous there.  I went down to DC last week, and met with two Republican senate staffers, two Democrats, and an independent.  Reasonable people, all of them, and I’m sure each with their own struggles.  Now, I’m not in the thick of the DC mess, but it seems to me that it’s easy to lose sight of that and just fucking hate everyone in the heat of the fight.

Or the torture report. Jesus.

Or look at celebrities, or the ultra rich.  I have an old friend who is very wealthy and just went through a really painful divorce that broke up his family.  The number of privileged kids with broken lives due to substance abuse is staggering.

The number of upper middle class, middle class, and poor people with broken lives due to substance abuse is staggering. A fabulous couple I know, with one of the best relationships I’ve ever seen, is on the brink of losing it because of stress and alcohol.

Everyone has these things, either directly or adjacently.  And they all go to work every day (or don’t), and get on twitter, and blog, and talk on TV, and run companies, and etc.

I am not exactly sure what my point is here, except to say that thinking about it this way really makes me want to redouble my support for my friends and family, and to give everyone (including myself) a break now and then, because there are things in their life that are broken, and life is hard for everyone. 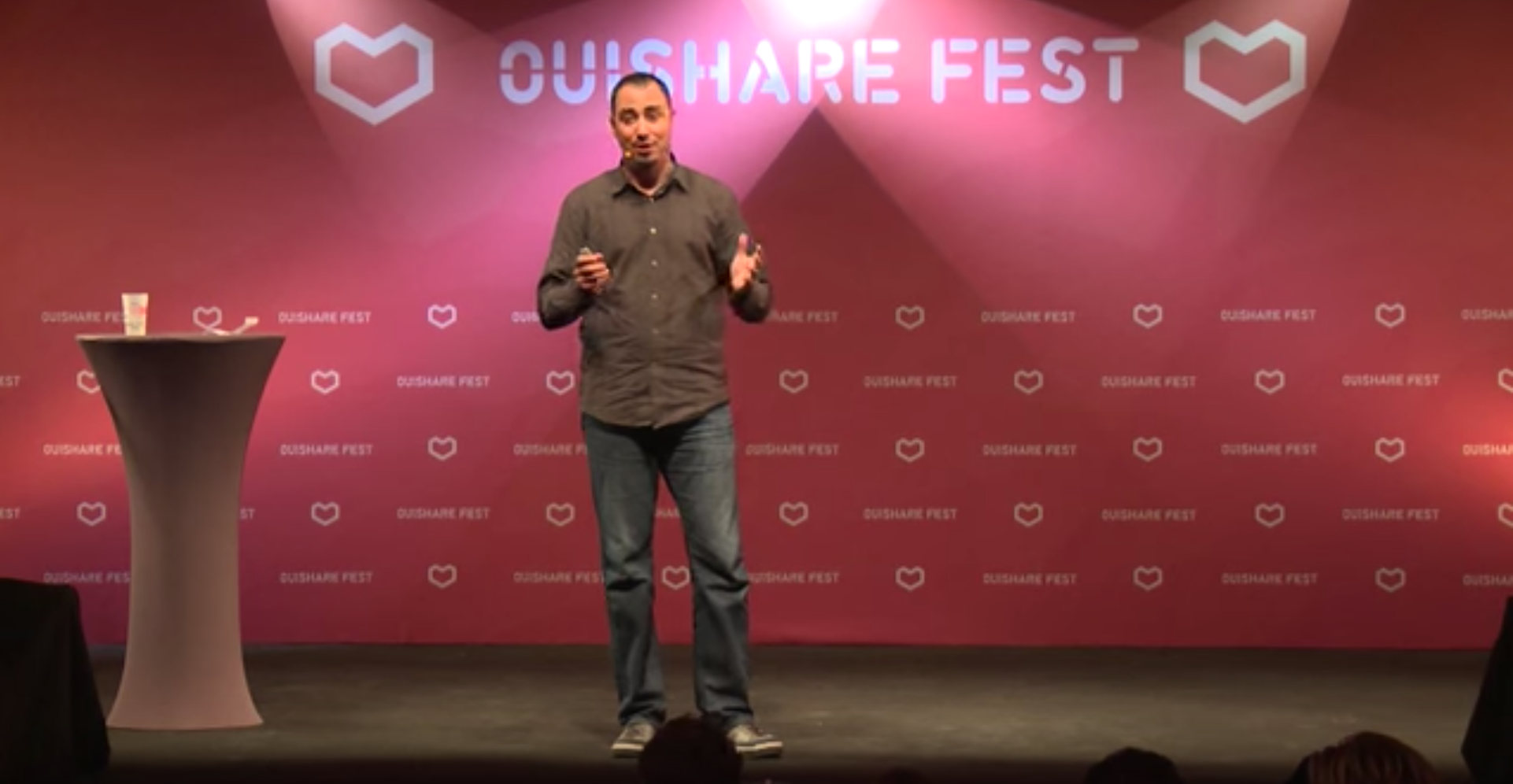 48 comments on “Everyone is broken and life is hard”

Interesting post, and surely a good point worth mentioning. Something that I think would be fascinating, is if you wrote follow-up post, used the exact same people and circumstances mentioned, and talked about the positive that exists. I think that is somewhat you are getting at, that there are insanely difficult things everyone faces, yet life stills go on (not trying to put words in your mouth, but I get that sort of vibe). And also your point about supporting others through those times is a good goal, and frankly helps everyone, not the least yourself.

Hi matt — thanks for stopping by.

That is a great point, and is certainly true.

the post def a title that’s hard to miss in the generally self-promotional dreck of even a pretty carefully curated twitter feed not to mentioned FB where everyone is happy, on vacation, or politically outraged about ________ (fill in blank) — appreciated the courage to point out a simple truth

100% agree. Everyone pays in some capacity.

Self awareness and empathy are valuable skills to learn and teach. But like any valuable skill – they are hard and take a lot of practice.

Once you get to a certain age, no matter who you are, $&!t starts to get real.

This past year I’ve come to a new screen for how I want to spend my time: if I only had a year to live, would I spend time on this (relationship, activity, work, etc)?

that is a great way to think about things

reminds me of Scott Peck’s “Road Less Travelled” (http://www.amazon.com/Road-Less-Traveled-Timeless-Edition/dp/0743243153) with the classic opening. The first three words in the book are “Life is Difficult”

as my mother-in-law would say, thank God for ordinary days

And thanks for a nice though provoking article Nick!

When people say to me that they are bored, I remind them they don’t know how lucky they are…

that is certainly true

I think this is one of the challenges of social media as we know it today. I wrote a blog post recently where I said, “It’s a huge mistake to compare one person’s persona on social media with our own personal state. How dangerous is it for us to compare our worst perceptions of ourselves against our “friends” best image of themselves?”

Your perspective is even more important in this social media “I’m great” world.

yeah that is totally right. everyone’s “best self” directly compared to our own internal “worst self” image; not good

yeah i like that. i have been seeing a mindfulness therapist for a while now and one of the biggest takeaways for me is that there is a difference between “our experience” and “our reaction to our experience”. the former is “life is hard” and the latter is “let’s try and not let that sink us”.

Unusual post – in many ways. Almost un-American (in a very good way). Resonates with my own motivations to start Aidpage (http://aidpage.com) back in 2004 as place dedicated to recognizing that “everyone is broken and life is hard”… and practicing empathy.

holy cow, the stories on aidpage are intense. is it just for discussion or do other kinds of support happen there?

It is for talk mostly… but members quite often send small gifts or small amounts of money to other members. The site itself doesn’t support technically those transactions. People exchange contact information through one-to-one messages and go from there.

The core idea is attention exchange… “just to be there” for someone who needs it.

It took us many years to come to this simplicity. The first version of Aidpage (2005) had more features than Facebook has now (not much of a hyperbole).

great of you to build that

Problem is, we rely for distribution on Google mostly (organic, content driven)… and we’ve been doing relatively well. Until this last September – Google downgraded dramatically the site’s search rankings. The site’s content is, obviously, not “high quality” from Google point’s of view (I understand that).

Aidpage’s quality and relevance for visitors and potential members is in people’s presence. The content is what someone called “phatic” content – mostly emotional signaling of presence.

Anyway – since September, Aidpage is not viable as a business. We will keep it online until we can.

As of the intensity – yes. We’ve seen everything on Aidpage – illness, death of members, homelessness, suicidal members, domestic abuse, everything. And we’ve seen a lot of resilience, mutual support, and generosity… mostly in terms of time spent by a small core of dedicated members (some with many thousands of posts).

Empathy is one of the hardest skills to master.

Great post Nick. Empathy and compassion are skills we all need to work on everyday. They are the source of both inner and external happiness.

yep i agree with that

Wow that video was an eye opener.

It’s not that you abandon your principles. But you have empathy for the other person. Life is extremely short. I just buried a close friend at age 52. As tough as my life can be (and it’s been excrutiatingly hard the last five years), I am lucky. It could all go haywire in a second as you illustrate. But, as long as you can give yourself a chance, you got a chance.

yes the point in principles is important. you can have strong principles, and also have empathy and respect for those you disagree with. i actually think that makes it easier to disagree with people and stick to your principles

What a deeply felt post. I’m a counter example to: “everyone…is dealing with profoundly difficult and stressful things.” I’m in Boston…want to meet?

I just watched your soon to be brother in laws motivational video for police. It did not make me feel better about the cops. It underlined and expanded my view that: they are out of control.

yeah i hear that. especially the ending. but the beginning, at least, shows things from their perspective and makes it pretty clear that they have a lot to fear as well

Thanks for this mindful post, Nick. I’m so happy today to be reminded of how much I need and love my family and friends.

thanks Ben. cheers to that

Empathy comes easy if we accept we are not all powerful, there are forces we cannot control – and no amount of repeating “we are masters of our destiny” can change that! If we forgive ourselves it will be easy to forgive others and empathy will flow. Yes we can indeed be the master of our destiny – but not by fighting, instead by accepting and yet, not giving up! Evolution is more powerful than revolution because it succeeds everytime! With calmness will come the determination, with determination the strength, with strength the fearlessness and from fearlessness will flow the empathy, love and compassion.

Thanks for posting and sharing this. Our entire family is dealing with a recent suicide of a dear family member who has struggled his entire life with his intelligent yet scattered mind and depression. We all have different stories and yes we are all struggling with something. It would be good if everyone could just take a moment and and let it absorb that we are all struggling. It would also be nice if we could learn to help each other better instead of always finding the bad in people.

Oh wow, I am so sorry to hear that.

But there are some things you can do to help yourself e.g., might help if a lot of black guys changed their culture.

Yes my wife and I were struggling when our 4 year old daughter was diagnosed with lukemia . I struggled and still do with this ( my daughter is doing good now) but when I was thinking I had the worst life in the world , a trip to the local shop changed that . I sat down at a bench at the shops and two older people were there, I got speaking to both , one had lost a daughter to cancer at 27 and this lady also had cancer ,The other older man had lost a son at 7 and another to susicide at a young age. This put my struggles into perpective a lot. My empathy is with the whole human race now , no matter who they are.